Our registered Nigerian dwarf dairy goat family consists a herd of bucks, does and always a wether for companionship.  Our Senior Does are Sushi, Raindrop, Callie and Winnie. The Junior Does are Cosmo, Elsie, Red and our four Yearling does, Myrtle, Hazel, Iris and Tansy. We usually have a couple recent additions, as our girls give birth to some beautiful and fun babies, and they will be listed for sale over on the sale page.

You can view our various pedigrees using the menu above, or by clicking through below. 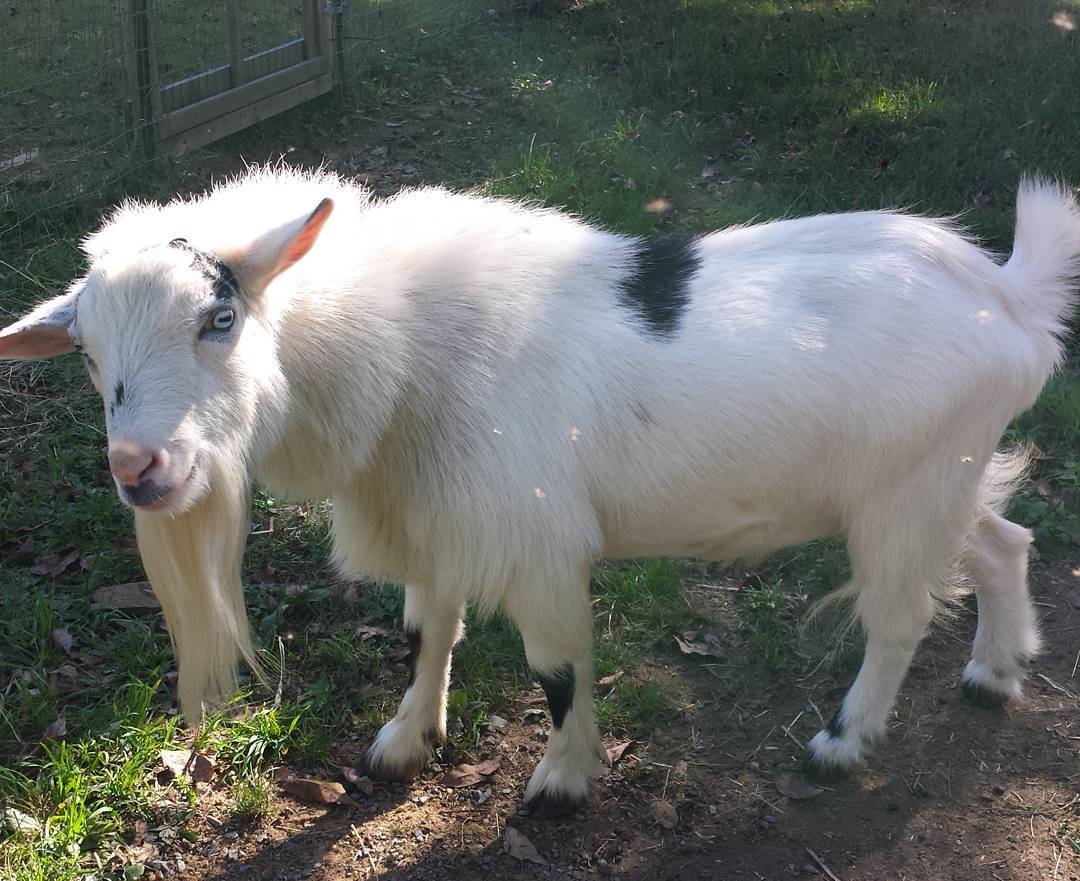 We first chose our three Nigerian Dwarf female goats, called does, from a local woman selling hers. Sushi, the mother goat, and her two doelings came to us all together. I knew we wanted milk so would need to breed the females in order to begin that process. The hunt for a male was similar […]

Part of goat care includes trimming their hooves. It doesn’t sound like a big to do until you add in the fact that most goats see this as a type of torture to be avoided at all cost. I have attempted trimming hooves in a variety of manners. They include coaxing them gently to their […]

Goats in a nesting box

Our Nigerian Dwarf buck was locked in the barn, and decided to demonstrate his dominance of the space by taking over the turkey nesting boxes. For some reason, the nice straw on the floor was unacceptable, he had to take over the top of the box, so he could see across the barn while napping. […]

We have had several births this year, our first full year of raising goats. We have a post about preparing for kidding, but we were hoping we were truly prepared. While our first two mommas gave birth during the night, the last one was a mid day affair, and it turned out to be a […]

We got Patton as a rescue goat, to keep our Nigerian Dwarf herd sire Mattis company. He is a wether, and a gentle giant. All he wants is attention and love, and he is quite the escape artist if left in the pasture too long! We have come to love this guy despite his shenanigans, […] 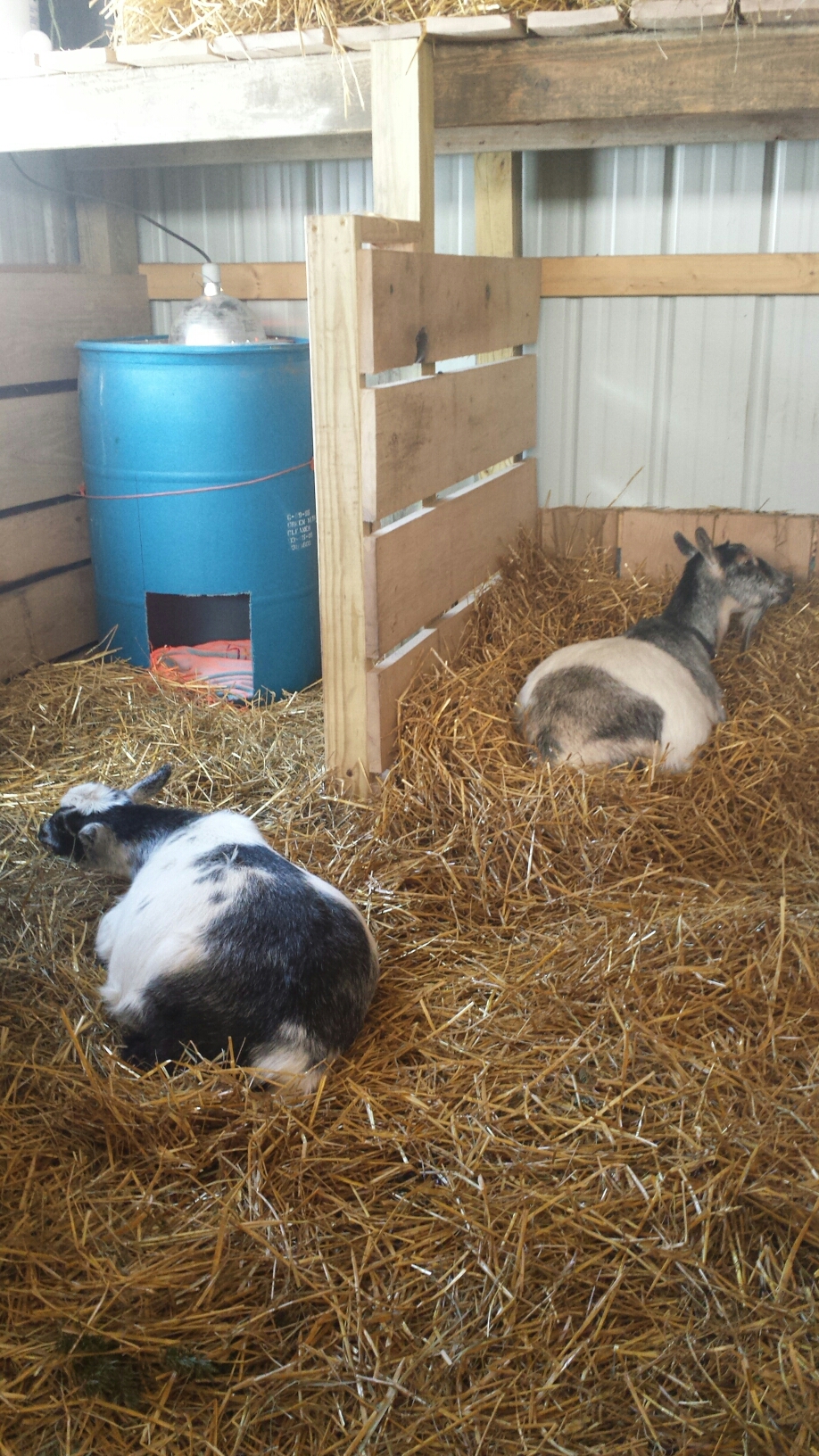 We know that our goats are pregnant thanks to the presence of a buck in their pen for the last six months. We had the vet out and he suggested that we save our money and not do the ultrasound test since we could see by the visibly growing bellies that they appeared pregnant. The […]

When we got our Nigerian Dwarf goats, we had to build a shelter quickly, and they ended up with a small 4×8 shelter that has served us very well. We were able to pick up the house and move it to their larger pasture on the forks of our tractor and despite the moving and […]

An important lesson in keeping goats is that they climb everything and eat almost anything except their medicine! Here you can see our buck letting me know that the walls I built for the stalls are nice places to stand while he poaches the hay bales! Our goats have a couple of play areas and […]

The question “Is this a pet or a farm animal?” was posed to my husband as he sat with our Nigerian Dwarf doe, Sushi last fall.  Why does this question even register as something to consider, exemplifies the learning curve he and I have been on as we began the our small farm. A pet, […]

Our Nigerian Dwarf goats are a fun addition to our farm. When we got them, they were quite skittish and the oldest, Sushi, would not let us near her. Over time, as we spent more time sitting with them and begin around them, they came to trust us and now wont leave us alone if […]